Published May 18, 2018 by Curtis Cummings in ReleaseHawk, NodeJS

There are existing GitHub apps, such as Greenkeeper, to keep your dependencies within your package manager up to date. What if you want the same convenience for an open data set, an important flat-file, or a GitHub repository? ReleaseHawk to the rescue!

Here's an example of a pull request ReleaseHawk created: 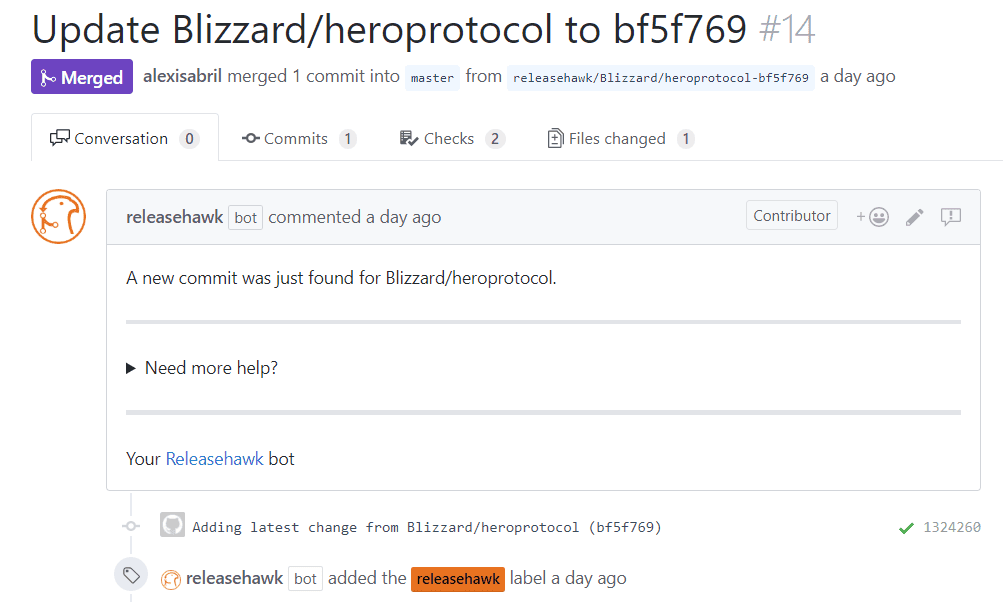 Let's say I want to build a project that depends on data within a CSV hosted at some URL. In this scenario, we want to update our application whenever the CSV data changes. For example, the city of Waterloo exposes parking ticket data via a hosted CSV file. The data set in question is around 28 MB, making this an expensive request in the browser. After downloading this file, I want to execute a script to parse the data.

Anytime the CSV file is updated, ReleaseHawk will: